Ever since the fixtures were revealed on June 16, many people have been wondering whether sites like Solarbet will let you watch EPL live streams. Arsenal will kick off the 2022–23 season on the road at Crystal Palace on August 6; Frank Lampard’s Everton will host his former employers, Chelsea, on the same day; and there will be several other exciting matches on opening weekend.

United will host Brighton to kick off the 2022–23 Premier League season at Old Trafford, while City will face West Ham at the London Stadium in their title defense opener. Liverpool, who finished second in the Premier League last season, will play Fulham, who earned promotion this year, at Craven Cottage.

StarHub, the official Premier League broadcaster in Singapore, will show all 380 live games this season. The forthcoming Premier League season will go from August 9, 2022, to May 27, 2023, so let’s have a look at the opening week’s schedule.

After signing an exclusive deal with the Premier League earlier in 2022, StarHub will broadcast Premier League games for six seasons. StarHub stays true to its slogan by offering Premier League coverage via Premier+ at affordable rates.

To boost the ante, a few games will be broadcast in 4K Ultra HD complete with instant replays, highlights, and complete English Premier League fixtures 2022 for punters to take advantage of.

StarHub is a great option for fans who want to watch the Premier League but don’t want to commit to a contract. Premier+ unlocks access and value for users by allowing them to watch StarHub TV+ on two devices at once, in addition to the five registered devices they can use with their subscription.

Although StarHub was awarded the rights to broadcast Premier League games in Singapore, Singtel, the country’s largest telecommunications provider, remains dedicated to giving its customers the full EPL experience and will work to ensure that all games can be viewed live on Singtel TV with as few interruptions as possible.

Singtel, a major Premier League broadcaster in Singapore, will air complete coverage of the entire English Premier League fixtures 2022 each week, including as many as ten live matches, giving Singtel customers the best possible EPL experience in the country.

Sports Plus on Singtel CAST is the least expensive Premier League bundle in Singapore and comes with no contracts or set-top boxes.

The CAST Sports Plus 7-day pass is available for a one-time purchase of $19.90 via credit or debit card, with no further subscription fees. This ensures that you only pay for the matches you’re interested in.

We can all attest to the fact that watching games in the English Premier League are high on many people’s list of favorite pastimes, which allows the league to command astronomical fees from networks eager to air the competition. The only way to view these streams in a lawful manner is for subscribers to have a paid subscription to either StarHub or Singtel CAST.

UK streaming services like Now TV, BT Sport, and Amazon Prime are also available to you if you’re still fussy about what you watch. Subscriptions can be purchased for anything from 12 and 55 SGD.

There is one thing that each of these streaming sites has in common: you need a VPN to access them if you are not located in the United Kingdom. It’s unfortunate that most VPNs, at least the good ones, don’t come free of charge.

The show must go on!

It’s really such a bummer to know that other than the cost of a live-streaming subscription, you still have to think about the cost of the VPN service, too. The good news is, you really don’t have to pay for anything at all if you really want to watch a Premier League live stream!

Solarbet is a great online betting website complete with English Premier League fixtures 2022 that lets you stream Premier League at no cost and with no VPN necessary! You no longer have to worry about having to spend anything just so you can keep yourself up with the football action! 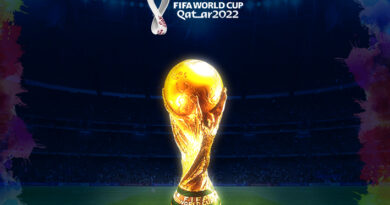 How Qatar Won the Right to Host the 2022 FIFA World Cup? 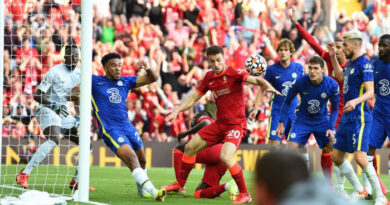